Building experiments on a MergeTB testbed

This code is relatively straightforward. However, it’s not immediately apparent that the topology we have coded up represents the connectivity model we have in mind. To this end, the Merge portal provides visualization capabilities. The portal web interface can render experiment topologies with the click of a button. The code above results in the following visualization. 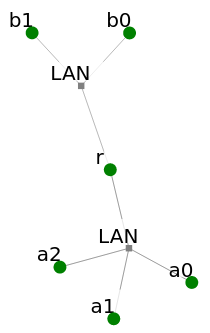 The example in the previous section defined a topological structure for an experiment. However, it did not specify any characteristics for the nodes in the topology or the links that interconnect them. The validity of experiments often depends on the capabilities of nodes and links in an experiment. Consider for example an experiment whose purpose is to demonstrate a new routing algorithm that is meant to run on embedded or IoT hardware. Using server grade nodes for the experiment does no one any good. Furthermore it’s important for experiment reproducibility to specify the domain of validity for experiment elements. By default, the Merge allocation systems will use the most abundant resources it can find with the highest degree of locality. If we run our experiment as above, without constraints - and someone else comes along to try and reproduce it, they may get completely different resources allocated and thus get different results.

In this example we have specified static routing and ipv4 addressing as constraints on the overall topology. When we realize this experiment, these constraints will cause Merge to launch something called reticulators to (1) allocate IPv4 addresses for each experiment interface, and (2) calculate a complete set of routes for our experiment. This augmented model with addresses and routes will then be fed to the realization and materialization steps, removing the need for the user to do address allocation and route installation in their experiment manually. 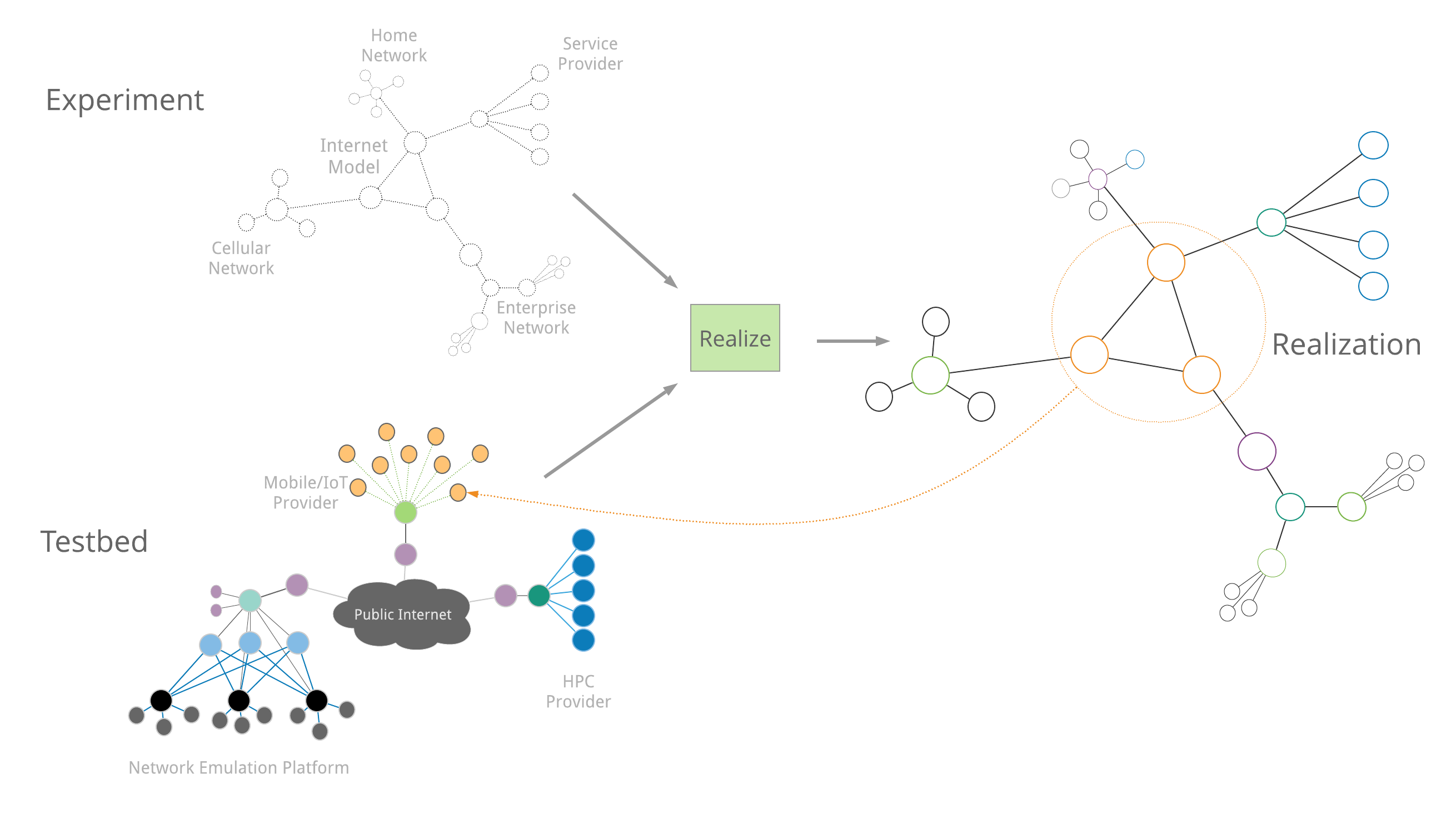 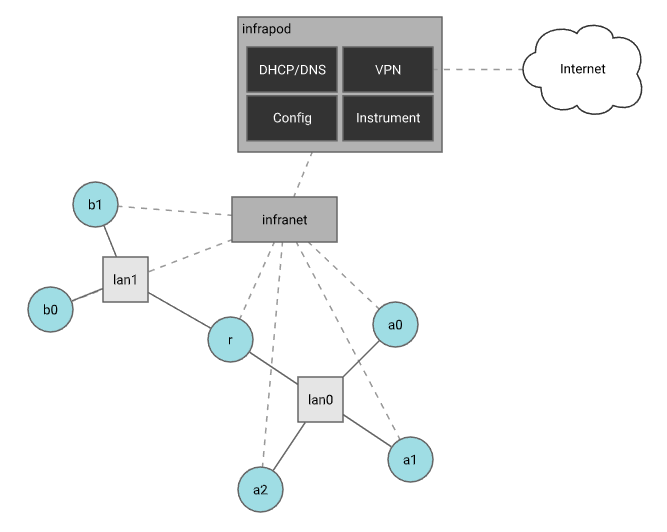 Materializations are typically very fast (less than 1 minute) when virtualized nodes are in use, but can take up to a few minutes to complete if bare-metal nodes are used, depending on the speed of the hardware in the Merge facility. The Merge API provides a status endpoint to query the status of node and link materialization that is available through the web interface and the command line client.

XDCs are accessible through a jump host on the Merge portal. The address will vary depending on the portal you are using. There is a special attach command that is used to attach the XDC to the infranet of an experiment. Once attached you can access nodes in the experiment by name. This provides the connectivity needed for provisioning, configuration and experiment orchestration. For a complete example on automating a simple experiment execution see our experiment automation guide.